On Feb 2009, I decided to join to another company in Balikpapan. It was quite difficult to start over. I realized I need to have my ladder, which I’ve never had before. So fortunate that my current boss and colleagues are great people. I did learned many things in previous company, especially about having good attitudes and being grown up. I can’t wait for the moment I get involved in the transition team starting January 2010. It should be FUN! 🙂

When 2009 is almost ended, I got a new nephew from my lovely roommate. Fourth nephew, how harder could it be, after three boys of my brother’s? :p A little girl would make their world colorful, isn’t it? I hope my little girl 🙂 Soo…now I’m talking about raising a child?!! Hehehehe…one day, never know about when.

A few hours before my fourth nephew came out, I had just hit by a train. Of course not literally. A marriage should be a good news, isn’t it? I can’t say whether it’s good or bad for this one. It could be never mine, from time point of view. I won’t say a ‘Yes’ word if it was me.

We started our time with lies and self-righteous. Did you try to start over with me? Did you send S.O.S? If you did, you were full of it. I couldn’t stand to be always intimidated. We hurt each other as easy as we made jokes. You don’t need to make an ‘if it were you’. If I were there, maybe we could be drown together. I was too afraid to fall. I’m sorry I didn’t let us to give a try. So this is it. When i see you again, you’ll have had her by your side already, until death parts.

Originally by Tony Bennet. Remake by Jamie Cullum (The Pursuit)
If I ruled the world, ev’ry day would be the first day of spring
Every heart would have a new song to sing
And we’d sing of the joy every morning would bring

If I ruled the world, ev’ry man would be as free as a bird,
Ev’ry voice would be a voice to be heard
Take my word we would treasure each day that occurred
My world would be a beautiful place
Where we would weave such wonderful dreams
My world would wear a smile on its face
Like the man in the moon has when the moon beams

I just close my eyes when hearing this song, remembering the time when I could lay on your shoulder in the rainy days. 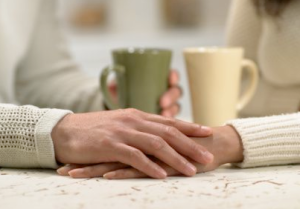 If I could change what happened 7 years ago, we might be here in the different situation.
But, if it didn’t happen, I’d never have any chance to get into your life

It’s been a year after that conversation. Months of void moment without any words from both of us, but i still could see u in every place I step.

Whenever you’re ready to pick me up, I will run to you without any doubt.

2010: Unfortunately, you’ll never ready to pick me up.

Can we stop faith messing our life around? I say, no I can’t. Until this present time, life takes away many lovely things from me, but it also gives much more things I’ve never expected. When it took a thing, i felt going down to the bottom of the earth. But suddenly it gave me another thing that brought me to higher sky.

Two things happened to me last week and I felt being slapped. The first thing was also announced by Bloomberg, CNN, detik, etc. I thanked GOD for His present to me. The other thing was only a simple email, but suddenly I felt so dizzy to read it. A call for future, it’s my term for that email. I enjoy my present time, but I know now is not forever. I need to concentrate to other thing that have led me to this place. Movies, my relative’s new assignment, and email knocked my head several times in a week.

Even though I had 2 incredibly things last week, I have another thing that really makes my life completely weird. I’m curious about the difference of doormat and caring. Day by day, I felt doormat is more suitable. This doormat rings a bell, I also have a doormat. What could I do? This doormat saves me from a heavy damage. The damage cause was faith had taken away one of my lovely things. No second chance and I have no gut to keep it as mine. I’m almost hopeless waiting for another thing happens to me after this damage. But the thing is I can’t stop waiting 🙂

Another masterpiece from Daniel Sahuleka

They may steel away my bike
Or burn down my possession
Buy they can’t burn down my motion, devotion
And most of all my pride

If I didn’t have you then
What will become of me?
If I had never met you girl
How would my life be?
Would I be the same?
If I’d been loving another name
Would I stay untamed
Would there be any aim?
So whom I will be..

She doesn’t drag around like fancy
And she is naked around her neck
As well as naked on her finger, arms or ears
Her skin can’t stand no germs

If I didn’t have you then
What will become of me?
If I had never met you girl
How would my life be?
Would I be the same?
If I’d been loving another name
Would I stay untamed
Would there be any aim?
So whom I will be..

You made me in love with this song. And this song helped me to understand that 8 years of togetherness is worth to fight for…